PROTECT YOURSELF FROM INDUCED CURRENT

Installing a second ground on that same conductor at a different location places that conductor into a magnetic field induction (transformer coupling) situation, caused by the magnetic field around the energized line.  At one time this was called electromagnetic induction.

One example of a product solution is the Step and Touch (SNT) instrument manufactured by Delta Computer Systems, Inc. of Battle Ground, Washington.  The Delta tool monitors and alarms step and touch potential caused by ground potential rise. When used properly, the SNT can enhance the safety of transmission line crews. The SNT (see Figure 1) provides audible and visual alarm warnings if the probe voltage is in a dangerous range. Each voltage range has a distinct pattern of bright flashing LEDs and audible 80 dB(A) alert. The SNT also detects and warns of Lost Probe Connection and Low Battery.

Multiple line crews that are working at different locations on the same line (conductor) and measuring the step and touch voltage at their worksite may see that voltage change as a different crew installs or removes their own protective grounds.  This is due to the fact that installing or removing grounds on the same conductor at one location changes the number of circulating current paths.  This change may increase the potential hazard at other grounded locations along that conductor.

It is for this reason that when more than one line crew is working on the same conductor at different locations it is important that they communicate with each other prior to the installation or removal of protective grounds.  Installing or removing a ground at one site may have a profound influence on the step and touch voltage at the remaining sites.

STEP POTENTIAL:  The voltage between the feet of a person standing near an energized grounded object.  It is equal to the difference in voltage between two points at different distances from the grounded object (the ground electrode). For worker protection this distance is usually assumed to be about three feet, or the distance between a worker’s feet while in a walking configuration. A person could be at risk of injury during a fault simply by standing near the grounding point.

TRANSFERRED TOUCH POTENTIAL: The voltage between the energized object and the feet of a person standing on the ground while making contact with the energized object (the ground electrode) through a conductive medium such as the frame or winch line of a vehicle that has been bonded to the grounding electrode with a length of grounding cable. The same applies to a worker with no worksite protection who is contacting a conductor that is grounded at some remote distance. This voltage may be much higher than the “touch potential” due to the greater distance between the worker and the grounding electrode. 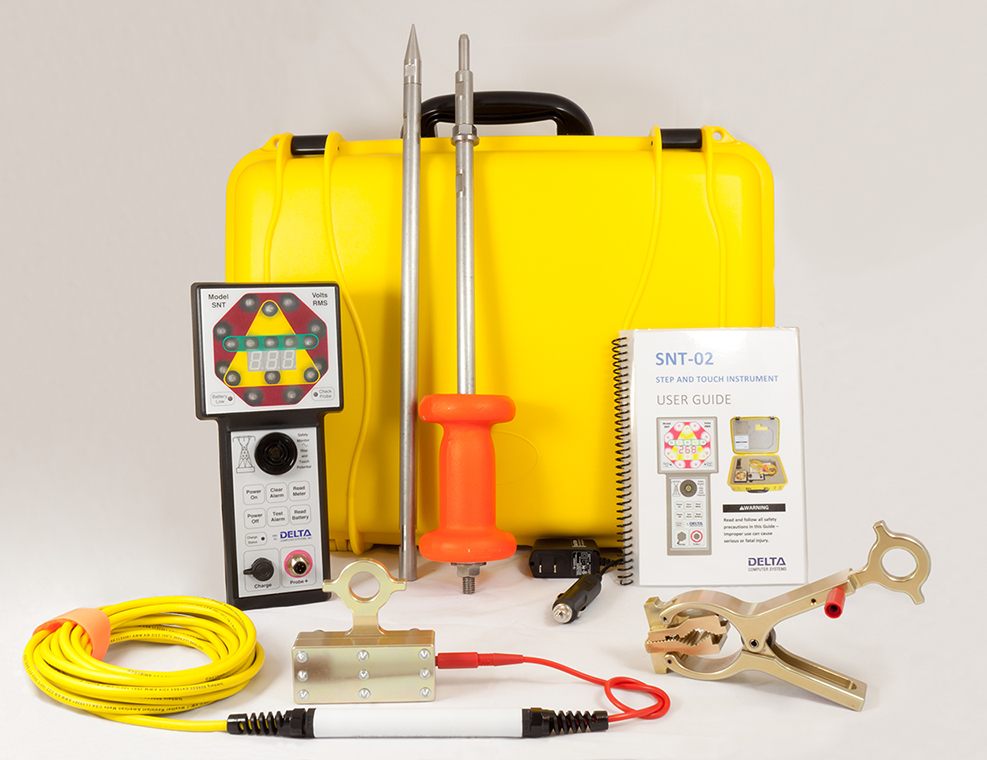