This is a story about the irony that Linemen all too often find themselves in and it begins on a cold January day in Northern Alberta, Canada. The drive took nearly

14hours from central British Columbia through the Rocky Mountains as I pointed my pickup truck towards Conklin Alberta. It seemed like it was a record setting year for cold weather though I’m sure it was just an average Canadian winter. The temperatures had been dipping as low as -42 Celsius which is about the same temperature when converted into Fahrenheit. No part of me was looking forward to the next couple of months as they are the hardest to endure in the north. 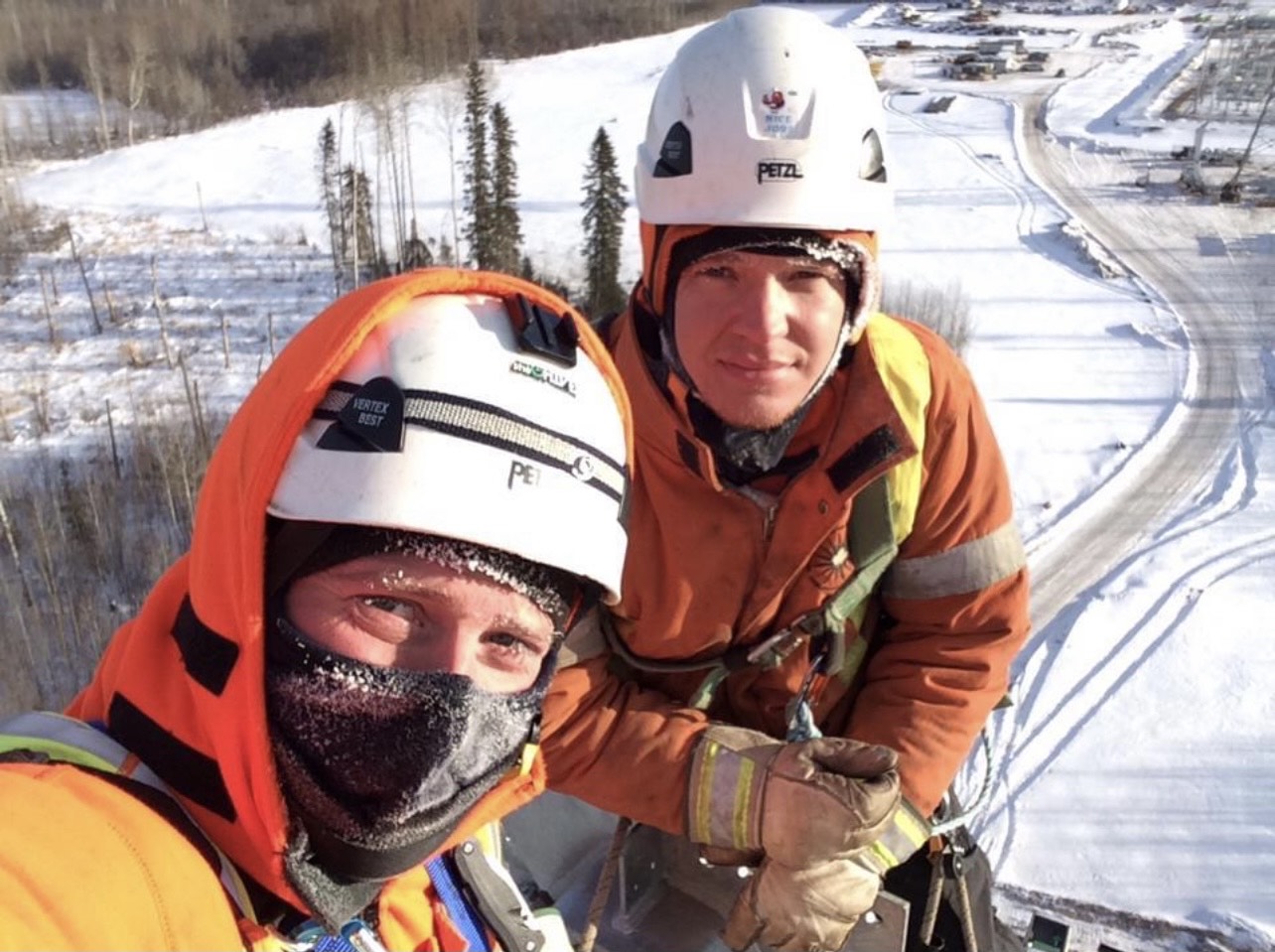 For the next two months I would be on a highline job constructing double circuit steel lattice towers in northern Canada or at least I was supposed to be there for the next two months. Every day started the same. I was staying in a camp and I remember walking down the hall towards the door that led to my truck that I would have to leave running all night or it wouldn’t start in the morning. The frost on the window was the first indication of whether or not it was going to be really cold or extremely cold that day. For three weeks my daily routine was standing on thin pieces of steel a hundred plus feet off the ground bolting tower sections together at minus 30 to minus 45 degrees Celsius. We would last about 45 minutes in the air before we had to come to the ground and warm up in the pickup trucks. I can’t say that I would want to do it again but when I look back at it now, I had some amazing moments with my crew bonding through that experience.

This is where the irony of this trade came into play. While I was sitting in the truck eating lunch, I received a call from the resource manager at our headquarters back in Vancouver. It turned out that one of our affiliated companies was in need of a lineman with a barehand certification and I was next on the list. The job happened to be located in the Rio Grande Valley of South Texas. My only question to the Resource Manager was “what’s the temperature”? When he said it was well above freezing and that I should probably pack my board shorts and flipflops, the next words form my mouth were “I can be there tomorrow”.

Two days later I was stringing wire in South Texas with a smile on my face as I listened to a couple of local groundmen talk about how cold it was. It was 12 Celsius / 55 Fahrenheit, and I was happy as can be. This trade never ceases to amaze me and I’m grateful for every unique day I’ve had.