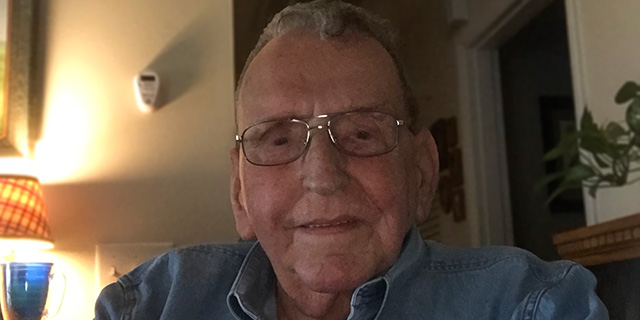 In this Powerlineman Profile, we will spotlight Bill Arnold Jr. Bill spent thirty-three years as a Lineman for a major power company. He is also a retired Army Aviator with the Ohio National Guard. He has flown more than six thousand hours (1969-2014) and was a certified flight instructor for twenty-five years.

We’d love to learn more about your work. What are you known for?

I was the only Lineman who had a Helicopter pilot rating. So, I ended up a part time Soldier in the Army Guard. In the beginning I learned to fly choppers to fly for the power company. Also became a Transmission Lineman to fly. I am very, proud of 33 years as a Lineman. When I was made a Line Trouble man, I had the job I wanted for the whole time I was a lineman. “I loved trouble calls.” Best job I ever had.

What do you feel are the biggest barriers today to linemen, in the industry or generally?

For me it was when I was a Lead lineman, there was a lot of drugs at that time, I hated that crap. and a couple of times I had problems with a few people that put me in the middle.  I did not let them get by with having that crap on the truck or we would go in to see the bosses. as I hate drugs. I was glad to get bumped out of that job to Line Troubleman. “Thank you Lord”.

What would you say to anyone contemplating becoming a Lineman?

I would tell them to read my book! The pay is $60.00 an hour. Another Storm is going on right now in Louisiana. Once they go on double time they stay on double time. The workday is 16 hours on and 8 hours off. Now, here is the amount you will make for 16 hours double-time, $1920.00 a day, every day! Now, that is a good reason to join the power lineman work force.

What is the craziest thing that has happened to you while working the line?

One night on a call alone.

I responded to a call of wire and poles down in the back yard of this street.

When I arrived there. There were 3-4 spans of wire down with three phase primary wire on 9-foot X arms. The poles had broken off at ground level and the wire was holding up the poles but at about 6-7 feet above the ground.

This one volunteer fireman said it’s all dead wire because there is a red light on that transformer. They were walking under everything.

Then I found out where the feed was coming from and where the location of switches were. I finally found the air brake switch. Hidden in the trees and in a locked gate from a city park. I cut the lock and opened up the big switches cutting off the power to the wire.

I was very glad that no one was hurt or killed that night, as the firemen were all over that back yard. They were close to getting into it. I

thought sure that night one of them would die. It had taken me about 30 min to find the feed switches and I had to cut a lock to get to it. Some of the fire departments were not trained very well (Part-timers) not all but some. Scared me.

How do we find “Book Two, Short Stories about Power Linemen a Dying Breed”?

It is available on Amazon for $19.95 Just search the key words Power Lineman and it comes up.