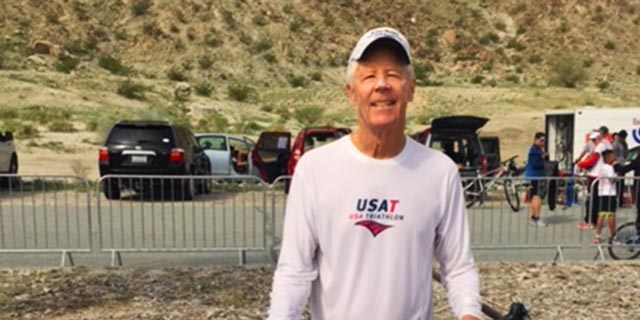 Tell us about yourself, can you briefly walk us through your story – how you started and how you got to where you are today.

In 1946, my father, the author (former lineman) William Wister Haines wrote the national best seller COMMAND DECISION, and it became a movie starring Clark Gable. He bought a home on the sand in Laguna Beach California. Spearing fish, prying abalones off underwater rocks and body surfing intensified my love of the ocean.

In the summer of 1952, I got my first surfboard and learned to surf.  From then on, I was a surfer first, everything else second place, including my grades, to my dad’s chagrin.

When I went to college in 1955, UC Berkeley, I attempted to “walk on” with the swim team. Fortunately, my freshman coach had faith in me and carried me until I could learn a little about stroke. My shoulders were strong from catching waves, and I not only made the freshman team, but lettered all four years.

In 1958, taking time off from Cal, I went to work on a tuna boat. It was the days before nylon nets, fish were caught by throwing live bait from the boat and poling big tuna up onto the deck. As a newbie the crew frequently pranked me. My skipper, a pioneer fisherman named George Alameda was possibly the greatest leader I’ve ever been exposed to. He could do every job on the boat better than any one man, could spot a school of tuna minutes before the man up in the mast and when back on shore, he could drink the crew under the table

In 1971, I moved my family to San Diego to surf and live near the beach. I went into the commercial and industrial real estate business. What an ideal job! I could surf for 2 hours and be in the office, or at an appointment by 8:30. As if surfing was not enough exposure to the beach, both my wife and I became avid sand volleyball players.

In 2002, at the age of 65, I began competing in sprint distance (swim 500 meters, bike 10 miles and run a 5K) triathlons, for athletes over 50. Like surfing, I got hooked.  This exciting sport motivated me to eat a healthy diet, perform yoga like stretches daily, train the 3 disciplines regularly and I firmly believe has helped me to fight the age monster.

We would love to learn more about your work. What do you do, what do you specialize in, what are you known for, etc.

In 2009, nearing retirement, I decided to reprint the book SLIM. I had been urged to do this by Alan Drew, then a principal at Northwest Lineman College and Byron Dunn, owner and founder of the magazine and website, Powerlineman.com. In 2016, I republished HIGH TENSION + FIVE SHORT STORIES OF LINE WORK, a second book about line work that he wrote in 1938.

This had led me to what I consider such a rewarding experience. interacting with the line community. I interact with 98% of all buyers, as I call each one, work up a personal dedication and sign the book for them. At the International Lineman’s Rodeo in Kansas City, I sell SLIM and HIGH TENSION and dedicate each one personally.

SLIM is truly a new and exciting big part of my life There are other moving parts that keep every day busy. First and most important is taking care of my wife of 56 years who is in poor health. For over 20 years I’ve been a member of and board member for an environmental group, I Love A Clean San Diego. The group conducts cleanups of beaches, waterways and neglected areas and does presentations on the environment in City schools. Twice a year, we hold cleanups at 100 sites with over 6,000 volunteers, gathering as much as 75 tons of litter, plastic, trash, and cigarette butts.

Tell us about “Slim”, your dad and his other writing work. How many books are there? 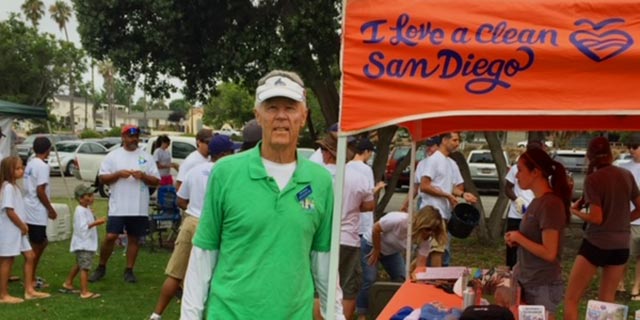 My Dad, like most writers was a very serious man. Each day he constantly explored new ideas that could be the subject of a book or short story. So much of SLIM is autobiographical, you can see this if you read the excerpts from his diary. Think of how hard it is to write fiction and make a living at it. Once Dad commenced writing, he was a member of the Screen Writer’s Guild, a union, all his life.

HIGH TENSION + FIVE SHORT STORIES OF LINE WORK is a book about a catenary line gang. The latter is not as well known, not having been a movie, and the short stories were all 1934-1940, no readers alive today of that generation.

SLIM and HIGH TENSION are used extensively by utility companies, IBEW Locals and Electric Cooperatives as prizes or incentive awards.

Why is the book here today, some 90 years later? First it describes what every person, regardless of type of work, must do. They must identify work they want to do-they must get that job-they must do their very best at that job. That’s a long, valid shadow. Slim truly dedicates every moment of his life to his career. In 1934 the book was a best seller nationwide, purchased and read by people who wanted a great story, not necessarily about line work.

Many of us grew up in the industry knowing (and living) the story that the book(s) Slim narrate.  What do you hope that the newer generations can gain from these books?

My greatest hope for SLIM and HIGH TENSION? I want every lineman/reader to discover that how he thinks and feels is both epic and a great story. I want linemen’s kids to follow Slim’s discovery of the phenomenon called work and do their very best whether it’s grades, making a sports team or using the trade’s emphasis on teamwork to accomplish goals.

There is no chapter in SLIM outlining safety, but the actions of the men bring it to life. Literally each chapter shows Pop, Red, Slim or the Duke mandating safety every minute of the working day. Safety Training Instructors tell me they can read a few paragraphs of SLIM and talk to their students about safety for an hour.

What is an interesting experience or encounter that has happened while attending the various line events?

I view each purchaser as a friend, and they are so appreciative, “Here’s a book about my life”.  So many readers call me back and say, “I have seen every one of these guys in my crew” or “that’s the way I felt when I first went up a pole”. Many of the girlfriends, mothers and wives at the events will say, “He’ll love this under the Christmas tree” or for Father’s Day and the next birthday.

All of this made possible because my dad truly did it.

Who are some of the linemen that you have met, gotten to know and admire? Is there anyone that has influenced you?

What’s better than coming to a whole new world of interest as you top 70 years old?  Not only is it a fascinating world but the new friends I’ve made have brought this old guy a lot of joy. Certain memorable linemen radiate a love for the trade that’s so real and have become good friends.

A veteran of 53 years, Joe Torres, a lineman with San Diego Gas & Electric, just never wants to hang ‘em up.  He’s been a telephone lineman, a groundman, a troubleshooter, a foreman, including underground and in management.  His current position, Safety Instructor, lets him lead and teach by example. He’s done it all. When Joe speaks, it’s to instruct and show men how to do it both safer and better-a true voice of authority.

About 10 years ago a “tramp” lineman called one day. “Name’s Rich Bangert. I am in San Diego and want to buy 11 copies of SLIM for some of my buddies”. At a Starbucks, I learned this man epitomizes the total freedom a competent IBEW Journeyman Lineman possesses. Over some brew, I dedicated the 11 copies to each of his friends and learned that he travels all over the US, towing his trailer, working wherever and for whoever he pleases.

At the LADWP Rodeo, I watched a JL team from Southern California Edison take gold. One member of the team, Willie Rios, has been in the trade 38years, his brother, Rudy, for 39 years. In high school, his shop teacher suggested he might want to be a “wood butcher” and Willie “wanted to do something up in the air”- line work was a natural. Willie has a smile that can light up a room, and so much enthusiasm for the trade. He’s giving back to line work and his brothers and serves on the Executive Board of Local 47.

I know that if this book is read by linemen’s kids, it will show them a picture about the real world. That’s where you have to get a job you like, strive to excel and when you do, you feel good about yourself. The book will show them how and why dad works long hours, must be away from home and takes risks every day to give them a secure way of life.

As Slim’s longtime boss Pop says: “They’s only two can’t on my job, if you can’t cut it, you can’t work here.”  Every one of us wants our kids to be able to cut it.