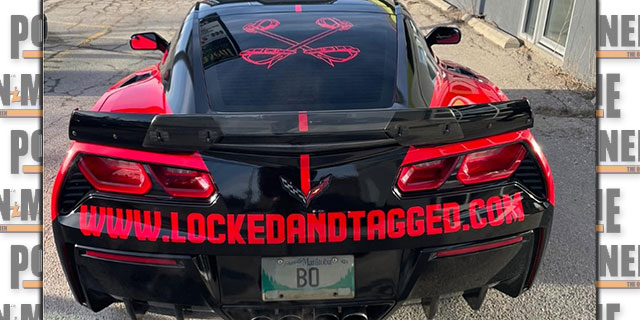 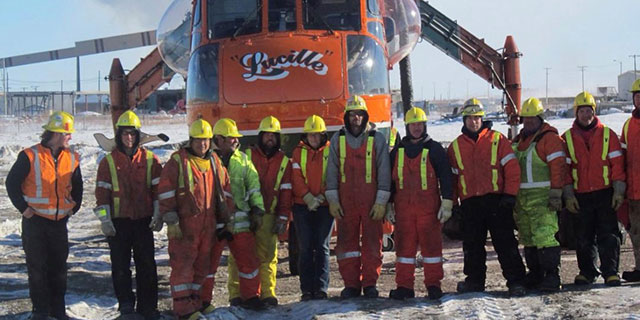 Well, my Name is Bo Lindell. I got started in powerline very early, as my father was in powerline as were some of my family. It was one of the main industries in the community that I grew up in.

My first powerline job, I was 14 and joined my father on a mono pole line in Manitoba. It was a temporary job, at the time as I was set on finishing school and graduating. I later got back onto powerline, temporarily, again when I was 16. I did to go back and finish my high school early and then got back on the line.

I was 17 when I began to work steady on the line. I started on some underground and station work then got on a transmission project. The job was a 230 kV lattice line in Fort McMurray. I was doing the anode installs and once complete, I got on with the linemen doing the aerial work. I got airtime here and there and thought it was amazing, getting paid to do this work. It was tough being on the road young and dealing with some of the people there. However, I was determined to do well and tough it out. I just thought, that’s the way it was with some of the people, and it was stuff that I had to deal with. My father also worked for the same company, but in another area, so I didn’t want to not do well.

After that job, I got to work with my father and his crew. These guys were highly experienced and Transmission specialists. I worked with

them across the country, for some time, doing transmission work. I was picking it up, operating, prepping, framing, setting, stringing, everything.

But it was on a job in the Yukon that I really felt like I started becoming a lineman. This job was an H frame line, and it was the first job I got to go tying-in and dead-ending wire with Johnny Rideout, this man was a true legend in Canada Powerline and taught me a lot. I respected him and knew I better give a shit and listen when I was with him.

Once I was more in the mix on the aerial work, I signed my apprenticeship. I was 17/18 years old and that was kind of the job where I was determined to be a lineman.

Early in my career, I was fortunate enough to work with a lot of great and respected men in the trade such as Lonnie Erickson, Johnny Rideout, Bruce Desjarlais, Lorne Clark, Garnet Peterson, Ritchie Webb, Ron Larsen, Darren Windross and, of course, my father, Kelvin Lindell. I always listened when they spoke and always showed respect. These men taught me a lot. They were idols in my early career. They were very knowledgeable, to the point and straight forward on what and how things be done. They had great influence on so many of the guys I came up with and trained a lot of good men in the trade.

I became a journeyman when I was 20 and by 21, I was heavy involved in helicopter work. Our crew, at the time, became sort of specialized in it and were very efficient.

Later, I moved around a bit chasing the paper and quality of life, still building lines or substations. I jumped around for a while and then ended up back with the team I came from. I was there for several years, back working with the helicopters and building lines. I would say the company, Valard, and their people were a home for me.

Afterwards, I got an offer to join and become part of a powerline construction company named Voltage Power. It was started by some people that I had worked for in the past. Over the next five years, the company grew with hundreds of employees, building distro lines, substations, 138, 230 and a couple 500kV lines. Eventually, our company was bought out by a large Canadian company.

Around this time, some colleagues and I started Locked and Tagged. It was just an idea for Powerline apparel and urban wear. This was just a concept at the time, not much movement, create a few hats and sweaters.

My next move was to Forbes Bros, where I am currently. At the time, I had some options, but I decided to go with Forbes since I knew of the people there. I saw it as an opportunity to work with someone of the great people that I has heard about throughout my career. It was the right move. I have gotten to work with, and meet, many great lineman and minds. To me, this company has family-like values and a good game plan.

Around this same time, I also came to a decision with Locked and Tagged. By this time, it was a Registered company but only offered a few items. I soon bought out my partner and pursued the brand. I trademarked the name and logos, opened the online store, and started designing and creating products. It’s been a great success and has been getting a lot of attention, locally and industry wide.

Locked and Tagged is just getting started. I have a lot of plans in the works and coming soon. The brand is designed to represent our industry and is a clothing line that can be worn anywhere, anytime, with style. It’s for the lineman that wants to say I’m a lineman while still looking stylish. It’s, also, for those people that have powerliners in their life and want to support them. It’s a brand that’s stylish and can be worn by anyone and everyone, with a taste of powerline!

Has it been a smooth road?

Smooth road? No, the smooth roads aren’t the fun and rewarding roads, I’d say I had a lot of hard times on the road to where I am today. As a young lineman, I dealt with a lot of hardened people. But you have to be hard, as well. What got me through hard times was just focusing on doing a good job and wanting to be successful. If you have a goal, you learn to withstand a lot and deal with it.

I would say to the young men getting into our trade, stay humble.

Stay focused and keep your head up, don’t let assholes ruin your days. There will always be assholes, so don’t be the asshole either.

Keep your name clean, in this industry all we have is our name. Build your reputation as a positive person that works, brings solutions and a good attitude. When you have that, you will never look for work, work will find you.

This one is important. If you find yourself following footsteps or getting on with someone ahead of you. Look where they are, how old they are and evaluate it. Is that what and where you want to be when you are at that stage? I’ve seen some young great workers get tied up with the wrong type of role models, and head the same direction with not so

appealing lifestyles. So, choose the folks you want to follow wisely. This is what helped me excel in my career.

We would love to learn more about your work. What do you do?

what do you specialize in?

I would say Transmission line, or helicopter work, However, lately, my interest is in planning and organization for making work efficient.

What are you known for?

What are you most proud of, either work wise or in life?

I was proud of several things throughout my life, getting my journeyman ticket at an early age, running efficient crews, being a part of building a Voltage Power. Lately though, I’m most proud of Locked and Tagged and where it is going.

What sets you apart from others? Being self-aware of situations, and proactive. I have a good understanding of what it takes to work with and have a successful team and/or organization operate.

I’m not sure about the biggest but this may be one of the most prominent I noticed in the trade. Mental health, I’ve seen a lot of my brothers go through a hard life on the road. I’ve lost more friends to this then the hazards of the work we deal with every day. I’d say look out for each other, listen and be receptive to each other. I think that when we are on the road, or in camps, we are our brother’s keeper, on and off the line. So, be there, and watch out for each other physically and mentally.

Well, I have a few that come to mind, and they all have good meaning or points all revolving around incidents or hazards. Here’s one:

A tower went down as we were Heli setting. Basically, we were in the middle of setting a guyed tower. We were almost complete with 3 guys hooked up and about to pin the 4th. A crosswind picked up and caused the heli to lose control of the bird. Dealing with being attached to a tower and a crosswind he couldn’t regain control and had to cut the tower loose. We’re talking a 140ft tower here. I was the load master. Our crew was highly trained and experienced. We had a sequence of steps to take and keep everyone safe. When the tower went down and hit the dirt everyone was in the clear and in a safe location. I also had good communication with them, so they were aware of what was taking place. This story is important because we followed our safety protocols and safe work procedures and had good communication. This was the reason we were safe in the situation, and no one was hurt.

Who are some of the linemen that you know and admire? In the first part I explain some of the people that influenced me, and I admired or though were who to be.

Is there anyone in particular that has influenced you? We’ll check out their work and be incredibly grateful to you for bringing them to our attention.

I would say the people that influenced me the most were my peers throughout my career. Quite simply, the competition and game they brought to the trade, it was always a silent race and competition to do good, quality work.

I have a lot of people that are great mentors and great people in the trade, and I feel I wouldn’t capture them all in a single write out. I wish I could mention them all, but these are the ones that were the so influential during my career:

And, of course, especially my father, Kelvin Lindell.

Honestly, I got on great with so many and am always driven by my peers.

Also Be sure to Check out the Rick Mercier Show! I was featured on his show on the transmission line episode he brings me a coffee and doughnut on the 500!

Email: This email address is being protected from spambots. You need JavaScript enabled to view it.